The 27th Premier Show & Sale was held in Kilmallock on Saturday April 1st. There were 36 Bulls (out of 42 catalogued) and 2 females. On the day there was a 79% clearance of bulls (similar to last year) with 28 bulls finding new homes at an average price of €2570, just €40 down on last years average.  Buyers were more active for bulls with lower calving difficulty. Both heifers sold at an average of €2650.

In the pre-sale show, Judge John Farrell of the Dillon Herd in Roscommon and President of  the Irish Angus Cattle Society tapped forward Gurtavoher Napoleon as the show champion. This bull was bred by John Barlow, Aherlow, and is a son of his stock bull Castlelough Midnight Brandy. He later sold for €3200. The reserve champion was Cahirmee Major bred by Richard Smith of Doneraile. This Pineville Johnny son failed to meet his reserve and was unsold. 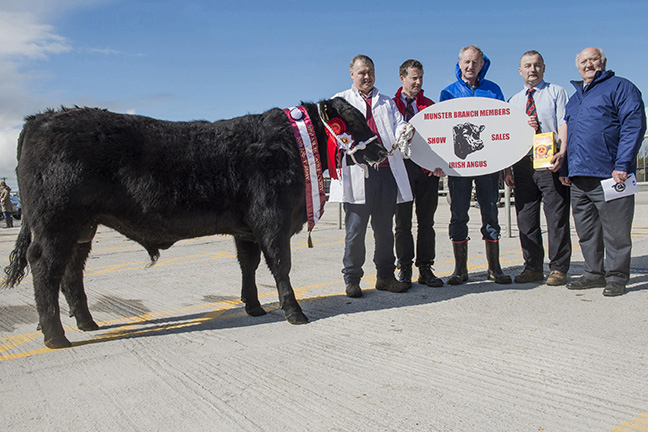 Top price of the day was Cloughoulamore M Black Jack, bred by first time exhibitor Jerry O’Sullivan, Millstreet. This son of KYA made €3650.

There were two bulls that sold for €2800. The first was for Martin Hehir, Miltown Malbay selling Killernan Miltown, a son of Nightingale El Paso and Margaret Hayes of Kilteely exhibited Kildromin N576 Lord Evergreat, a Cooltomin John son.

Four bulls on the day sold for €2750. These bulls were from the herds of Sean Cronin, Killarney, who sold Carker Mike, a Clooncolligan Hercules son for €2750. Seamus Shelton, Castletown,sold his Knockadrinan Bellman son for €2750. Denis Twomey sold Tubridmore Moses, a Coneyisland Legend son and Shane & John Murphy, Banteer, sold Mercury Lord Tinge, a Luddenmore Just the Business son for €2750.

Both females were the property of Denis Twomey, Causeway. Top price was the champion Tubridmore Polly, this daughter of AYR made €2700 while the reserve Tubridmore Leanie, a Young Dale Touchdown daughter made €2600. 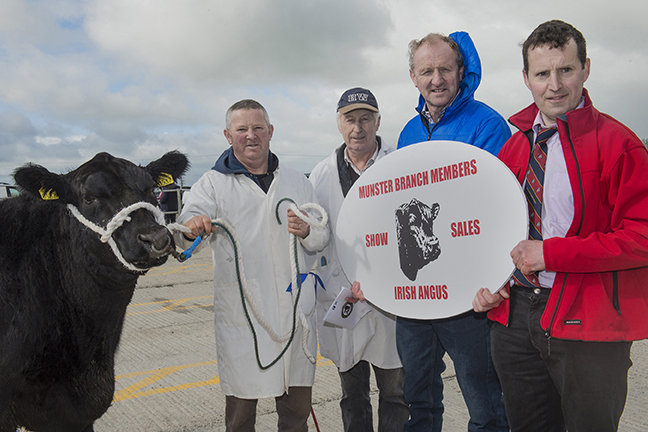 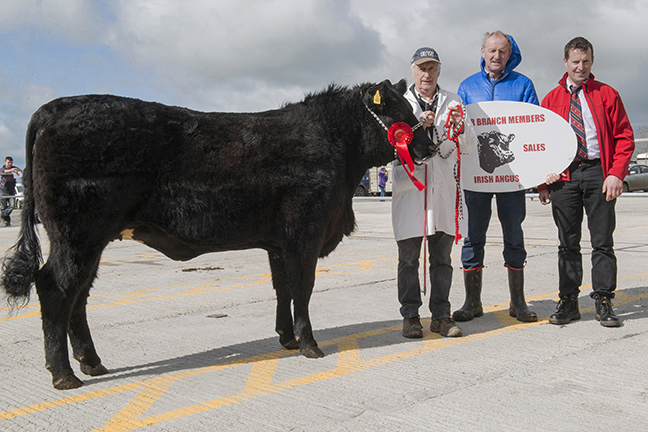 The next sale of the Munster Branch will be held in Castleisland on  Friday 21st April and Kilmallock on Saturday 29th April.

This website uses cookies to improve your experience while you navigate through the website. Out of these, the cookies that are categorized as necessary are stored on your browser as they are essential for the working of basic functionalities of the website. We also use third-party cookies that help us analyze and understand how you use this website. These cookies will be stored in your browser only with your consent. You also have the option to opt-out of these cookies. But opting out of some of these cookies may affect your browsing experience.
Necessary Always Enabled
Necessary cookies are absolutely essential for the website to function properly. This category only includes cookies that ensures basic functionalities and security features of the website. These cookies do not store any personal information.
Non-necessary
Any cookies that may not be particularly necessary for the website to function and is used specifically to collect user personal data via analytics, ads, other embedded contents are termed as non-necessary cookies. It is mandatory to procure user consent prior to running these cookies on your website.
SAVE & ACCEPT